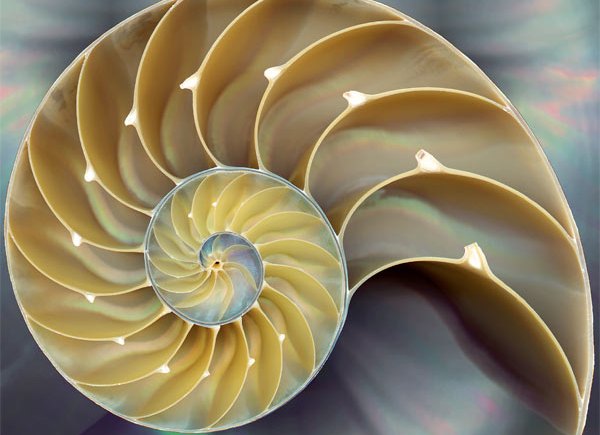 Some time ago, in a conversation with Wes Jackson in which we were laboring to define the causes of the modern ruination of farmland, we finally got around to the money economy. I said that an economy based on energy would be more benign because it would be more comprehensive.

Wes would not agree. “An energy economy still wouldn’t be comprehensive enough.”

“Well,” I said, “then what kind of economy would be comprehensive enough?”

He hesitated a moment, and then, grinning, said, “The Kingdom of God.”

Good morning and welcome to West Fork Unitarian Universalists. I’m Robert Helfer and I feel blessed to serve this congregation as a lay leader. I’m glad to see all of you here today.

Thank you for joining us.

Please silence your phones… and as you do so, I invite us also to turn down the volume on our fears; to remove our masks; and to loosen the armor around our hearts.

Let go of the expectations placed on you by others—and those they taught you to place on yourself.

Drop the guilt and the shame, not to shirk accountability, but in honest expectation of the possibility of forgiveness.

Welcome: There are some heights to which we have not risen, and never will — Paul H Bicknell
https://www.uua.org/worship/words/opening/5427.shtml

This is such a place.

Thus we pause for refreshment; thus we worship in thanksgiving.

Song: “Come, Come, Whoever You Are”
(Singing the Living Tradition, 188)

Come, come, whoever you are
Wanderer, worshipper, lover of leaving
Ours is no caravan of despair
Come, yet again come

Chalice lighting: All the Lights of the Heavens –Cynthia Landrum
https://www.uua.org/worship/words/chalice-lighting/all-lights-heavens

For the wonder and inspiration
We seek from sun and stars
And all the lights of the heavens
We light this chalice.

Story for All Ages: By Right of Mercy, by Lin Jensen
from Deep Down Things: The Earth in Celebration and Dismay

We will now receive an offering for the support of this religious community and its work in the world. You are invited to give generously and joyfully as you are willing and able.

While you live, shine,
Have no grief at all;
Life exists only for a short while,
And Time demands its toll.

For the gifts which we have received—and the gifts which we, ourselves, are—may we be truly grateful. Yet more than that, may we be committed to using these gifts to make a difference in the world: to increase love and justice; to decrease hatred and oppression; to expand beloved community; to share, and to keep sharing, as long as ever we can. Amen.

Song: Earth Is Enough
(Hymns for the Celebration of Life, 180)

Some time ago, in a conversation with Wes Jackson in which we were laboring to define the causes of the modern ruination of farmland, we finally got around to the money economy. I said that an economy based on energy would be more benign because it would be more comprehensive.

Wes would not agree. “An energy economy still wouldn’t be comprehensive enough.”

“Well,” I said, “then what kind of economy would be comprehensive enough?”

He hesitated a moment, and then, grinning, said, “The Kingdom of God.”

Reading: from The Grapes of Wrath by John Steinbeck

After awhile the tenant who could not leave the place came out and squatted in the shade beside the tractor.

“Sure,” the driver said.

“Well, what you doing this kind of work for — against your own people?”

And the driver said, “Can’t think of that. Got to think of my own kids. Three dollars a day, and it comes every day. Times are changing, mister, don’t you know? Can’t make a living on the land unless you’ve got two, five, ten thousand acres and a tractor. Crop land isn’t for little guys like us any more. You don’t kick up a howl because you can’t make Fords, or because you’re not the telephone company. Well, crops are like that now. Nothing to do about it. You try to get three dollars a day someplace. That’s the only way.”

Today I find myself in the midst of several occasions, about which I think I should at least comment. Briefly. Last Friday was St. Valentine’s Day, the day on which we celebrate the patron saint of bee keepers, epilepsy, and fainting, among other things. It also marked the beginning of this year’s four day Great Backyard Bird Count. If you’ve not been counting there’s still time – the count continues through tomorrow. And tomorrow is Presidents’ Day, the US holiday that used to celebrate George Washington but now celebrates all the past Presidents of the United States.

Besides all that, today is also just past the middle of Black History Month. This is important, but I won’t be speaking about it. I’ll not be reciting significant events and people in Black History, mostly because I don’t feel competent to speak about these things without trivializing them, or seeming to steal someone else’s identity. I would, however, like to say one thing. The comedian Dick Gregory once said that February is Black History Month because it’s the shortest month. It’s a pointed comment, with a barb on it. It rings of truth, with an understandable note of bitterness. It makes you think a bit about priorities, our government’s and our own. But despite all that, it’s not quite true.

The origin of Black History Month lies in 1926, the year Carter G. Woodson organized the first “Negro History Week”. Woodson created this observance, because, he said, “the achievements of the Negro properly set forth will crown him as a factor in early human progress and a maker of modern civilization.” And he scheduled the observance for the second week of February because that week included the birthdays of two men whose lives he considered significant for Blacks in the United States: Abraham Lincoln on 12 February and Frederick Douglass on 14 February. Woodson, who established the Association for the Study of Negro Life and History and its journal, The Journal of Negro History, was the son of former slaves and had been for a time a coal miner in West Virginia. Despite the limited educational opportunities available to Blacks of his time, he accomplished much, including a master’s degree in History from the University of Chicago and a doctorate from Harvard – his life is a good case study in resilience. Today he is known as the Father of Black History. In 1976 Woodson’s Negro History Week was expanded to the full month as Black History Month. So, that, despite Gregory is why February.

But that’s not what I want to talk about today. The title I’ve given this talk, which might seem surprising, comes from that little conversation of Wendell Berry’s I read a few minutes ago.

As some may know, Wendell Berry is a long-term environmentalist (very long-term, since the 1960s at least), a poet, and the author of both fiction and non-fiction works. He also farms land on the Kentucky River in Kentucky, land that has been in his family for several generations; and he often writes, and protests, about the plight of rural populations in the face of the degradation of the land by corporate interests – particularly the coal industry.

Berry’s conversation introduces an essay contrasting the world that people can affect with a wider world that people cannot affect, at least not in the same way. He talks of the former as “little economies”, “human economies”, and the latter first as “The Kingdom of God” and then as “The Great Economy”. In Berry’s terms, people live in little economies, but any little economy is dependent upon the Great Economy. “The difference between the Great Economy and any human economy is pretty much the difference between the goose that laid the golden egg and the golden egg. For the goose to have value as a layer of golden eggs, she must be a live goose … The golden egg, on the other hand, can be fully valued by humans according to kind, weight, and measure – but it will not hatch, and it cannot be eaten.”

He’s talking about ecology, of course. And he spends a lot of time talking about topsoil. We all know that we need good topsoil if plants are to grow, if we are to get food from our fields. But topsoil can wander. Notably, it is pulled into the rivers by the natural flow of water across the land. And the rivers then take it on to the sea, where it is lost to us. Waste.

We often talk of waste. I recently read an article that declared that “US Households waste nearly a third of the food they acquire”. But perhaps in a sense nothing is ever actually wasted. Food not eaten by people will be eaten by something else. My compost pile, for example, is currently converting our kitchen vegetable scraps into rich, black dirt. We never ate it, but someone else is now.

Similarly, the topsoil that has left our fields, carrying away the fertility, goes to nourish something else. Perhaps it builds up the river delta, extending the land out into the Gulf and making a fertile base in a different place. That is to say, the concept of waste reflects a human value judgment. Someone or something else gets the benefit, not me.

Well, I guess this is going to be really short, mostly because I’m doing a poor job of saying what I had to say. When I first read Berry’s essay I was intrigued. There is something in the way he blends ecology and Christian beliefs and notions of virtue that appealed strongly to me. But the more I buried myself in my attempt to explain all that the more I realized that my words weren’t doing it. I can think of no better way to explain what I was trying to say than to read this final section of Berry’s essay.

If you woke this morning with a sorrow so heavy that you need the help of this community to carry it;

or if you woke with a joy so great that it simply must be shared, now is the time for you to speak.

For the joys and sorrows that haven’t been spoken, but which remain in the silent sanctuaries of our hearts.

These joys and griefs, spoken and unspoken, weave us together in the fabric of community.

Closing: from: “The Wood Thrush”, by Sam Keen,
in Sightings: Extraordinary Encounters with Ordinary Birds

The proper name for this experience of unknowing is not mysticism but wisdom. When Socrates was told that the Oracle of Delphi said he was the wisest man in Greece, he replied that it could only mean he knew what he did not know. Wisdom arises from the certain knowledge of our ignorance, and it teaches us that we dwell within a small circle of light surrounded by an immense mystery. According to tradition, the owl — the symbol of Athena, the goddess of wisdom — spreads its wings only with the arrival of dusk. Wisdom is the paradoxical art of seeing in the dark.

The chalice flame is extinguished
Until once again ignited by the strength of our communion.

Roots - Where We Came From